We : Our Significance, Relative Understanding With Our Lyf..! 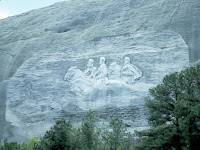 Is human life just a dream, from which we never really awake, as some great thinkers claim..?
Are we submerged by our feelings, by our loves and hates, by our ideas of good, bad, beautiful, awful..?

Are we incapable of knowing beyond those ideas and feelings..?

According to the Greatest Ever Thinkers, William Shakespeare and Joseph Conrad;

"We are such stuff

As dreams are made on, and our little life

Is rounded with a sleep."

"A man that is born falls into a dream like a man who falls into the sea." 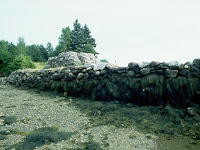 Is the reality we know a reality imposed to us by nature? Is the reality and the meaning of life a creation of men, such as music, or love or colors (science tells us that there isn't such things as music, harmony or colors in the physic world. Just traveling molecules: "There is not, external to us, hot or cold, but only different velocities of molecules; there aren’t sounds, callings, harmonies, but just variations in the pressure of the air; there aren’t colours, or light, just electro-magnetic waves", said H. Von Foerster.).

Are we - and all living beings - just "survival machines, blindly programmed to preserve the selfish molecules known as genes", as Richard Dawkins states?

Are we incapable of knowing beyond the frames imposed to us by nature..? Is there any significance for life in a Universe of billions of stars that ignore us..?

Is there any significance for life in an Universe whose dimensions and nature overcome our understanding?

Listen to the words of Pascal, in the seventeenth century:

" When I consider the short duration of my life, swallowed up in the eternity that lies before and after it, when I consider the little space I fill and I see, engulfed in the infinite immensity of spaces of which I am ignorant, and which know me not, I rest frightened, and astonished, for there is no reason why I should be here rather than there. Why now rather than then..? Who has put me here? By whose order and direction have this place and time have been ascribed to me..? "

Please comment on your feelings about your life, so as, we can make further posts up in here, more comfortable and intresting on your side too.

© All Data Copyrights Reserved by their literal sources. 2010 N!sHaNt India (A compilation By Nishant Katare). Use nishantkatare@in.com to reach to me.

Email ThisBlogThis!Share to TwitterShare to FacebookShare to Pinterest
Labels: About Us, Katare, Life, Lyf, Nishant, Nishant Katare, Our Lyf, Questions, Relative Understanding, Significance, U n Me, We